Mipel 112: an edition characterised by Pop Art rewarded by buyers

The 112th Mipel, the first headed by Danny D’Alessandro as CEO of Mipel and Managing Director of AIMPES, closed on September 20th 2017

The collected data gives some very interesting statistics: for the first time after many years, exhibitor spaces were “sold out” (increase of 10%). While visitors increased by double-digits (+17%) with respect to the attendance of September 2017, of which a 27% increase in Italian buyers. As for international visitors, Russia had a positive buyer turnout of +5%, as did Ukraine, which had a boom in visitors of +29%.

The results obtained – commented Riccardo Braccialini, AIMPES President – were also made possible by important partnerships, including those with the Chamber of Italian Fashion and the Italian Chamber of Fashion Buyers, fundamental institutions in the Italian fashion scene. They allowed us to create an innovative meeting point between top Italian and foreign buyers and up-and-coming designers. Without forgetting, however, the actions to promote the fair and the international projects created with the support of ICE – Agenzia (the Italian Trade Agency) and the Italian Ministry of Economic Development, which contributed to increasing the fair’s brand awareness in key countries for the exporting of Italian leather goods. With reference to the excellent performance of the event, we point out that the result is also determined by the coexistence with other fairs, a synergy built in collaboration with the “Tavolo della Moda” (Fashion Committee), which was strongly desired by the Minister of Economic Development, Carlo Calenda and the under-secretary Ivan Scalfarotto.

In this edition, the “Fuori Salone” event will focus on the union between fashion and art, already outlined during the last few events and consecrated also by the large crowds, with the exhibition “Andy Warhol da New York alle Stelline” held in the Palazzo delle Stelline. The great success of the “Mipel meets Warhol” contest was also linked to this event where exhibitors were invited to create a bag inspired by the Pop Art genius. The prizes were awarded during the art exhibition, with first prize going to the young Italian brand, Harleq.

But Mipel did not only focus on the connection with art, but also on the creativity of up-and-coming designers in the international leather goods scene, coming from the synergy with the Italian Chamber of Fashion Buyers and CNMI, respectively for the areas “The Glamourous” and “Scenario”, as well as ICE-AGENZIA and the Ministry of Economic Development for new internationalisation projects. In the case of The Glamourous, four buyers “adopted” four designers, bringing visibility to their collections in dedicated spaces at the fair, and in their shop windows. The shops participating in the project are Dell’Oglio Palermo 1980 with Majo, Luisa di Giovanni Venturini with Corti Milano, Nugnes 1920 with Imemoi, Spinnaker with Arnoldo Battois.

Scenario was just as successful, proving to be the most alternative stage of the fair, drawing on the collaboration between Italian creativity and important international companies. Thanks to CNMI, four international buyers were called to sponsor the most interesting Italian designers. For this edition, the combinations were between HP France of Tokyo and Maria Lamanna, Galeries Lafayette Dubai and Manurina, Lotte.com and Ninael, Metrocity and Annalisa Caricato. Special guest star of the fair was Vivienne Westwood with installations set up in the Glammy Boulevard area, where the iconic designer presented two projects dedicated to accessories.

MIPEL is still able to tell an authentic story with new words: the story is about great classic craftsmanship which, for the last few editions, has been joined by the most innovative proposals available on the international market – added Roberto Briccola, MIPEL President. The positive data and satisfaction of our exhibitors force us to grow, to grow well and to innovate even more. Given the success of the public and critics, we will certainly be enhancing our key projects (“The Glamorous” and “Scenario”), always relying on the collaboration of the National Chamber of Italian Fashion and the Italian Chamber of Fashion Buyers. We do not intend to ease off one bit on the need to demonstrate who we are and what we can do. We are already working on the new edition with much enthusiasm. For the moment, I can only anticipate that the synergistic commitments with the other fairs in the period and with the City of Milan will continue, also for the Fuori Salone event. 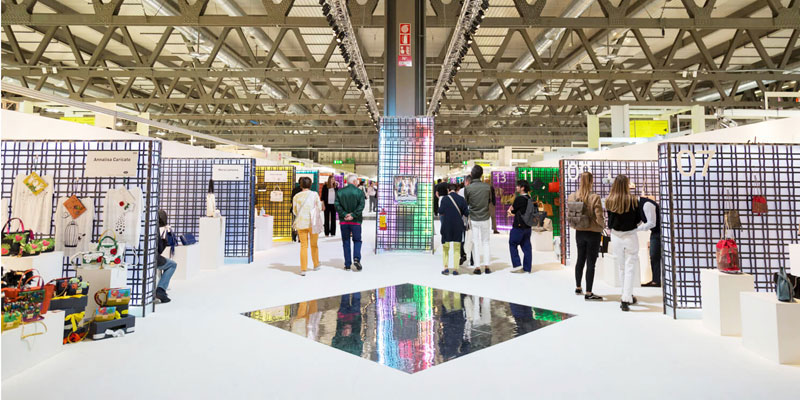 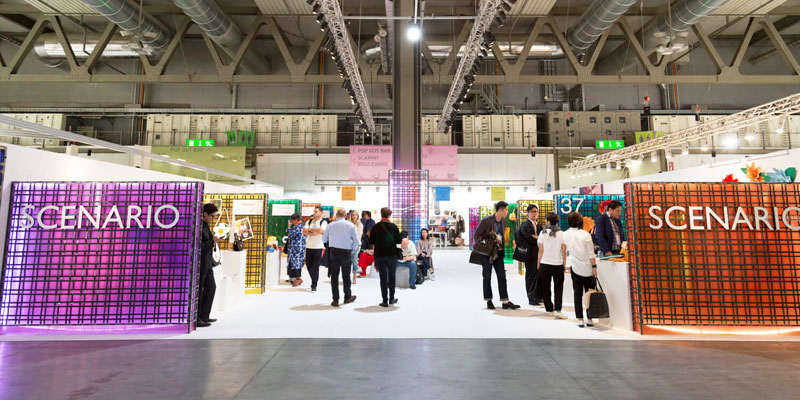 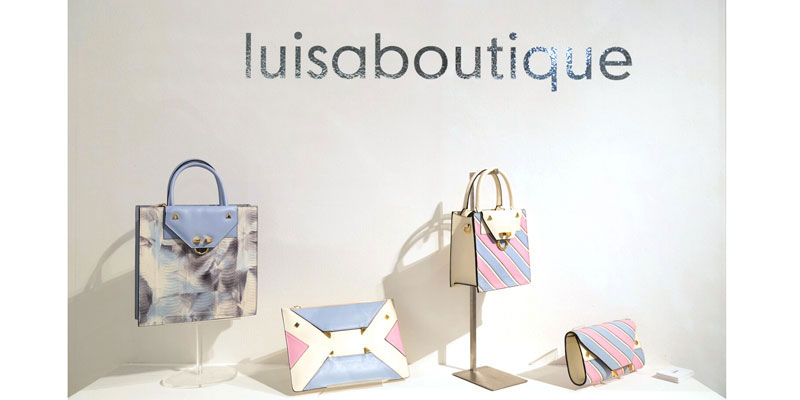 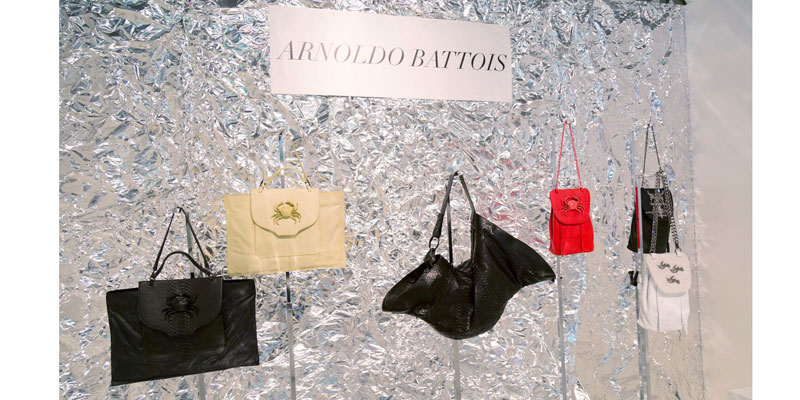 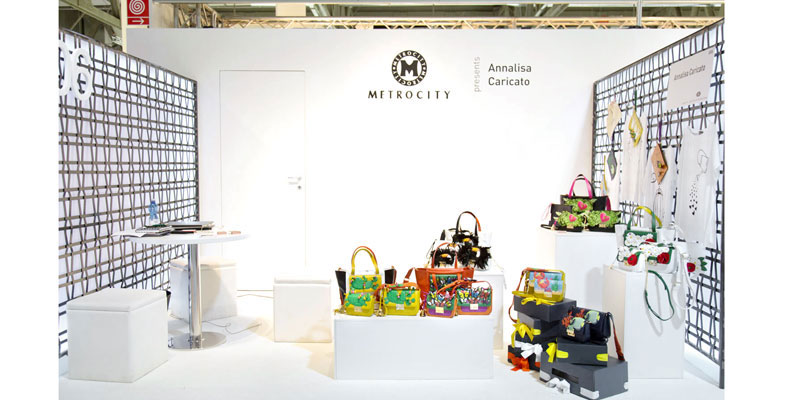 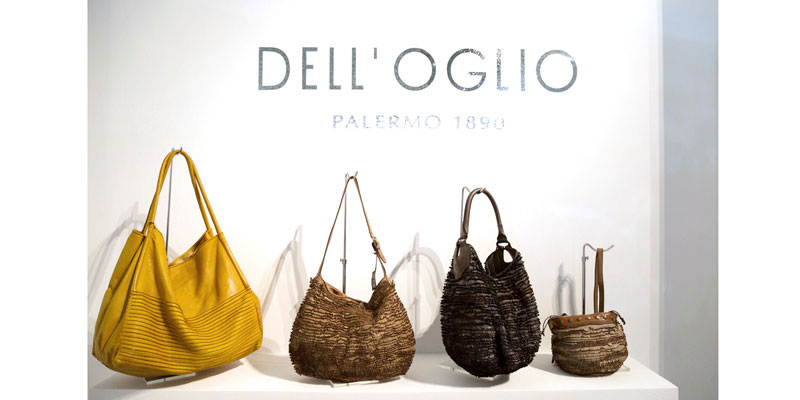 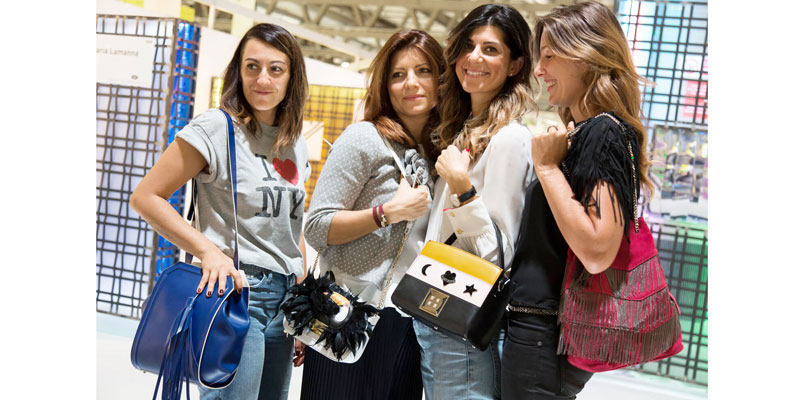 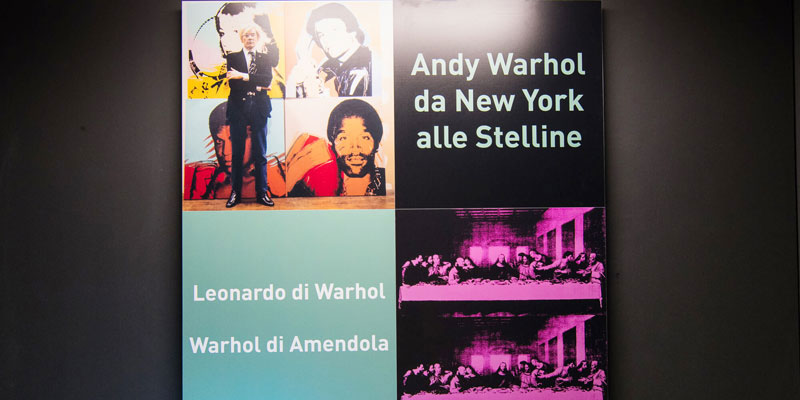 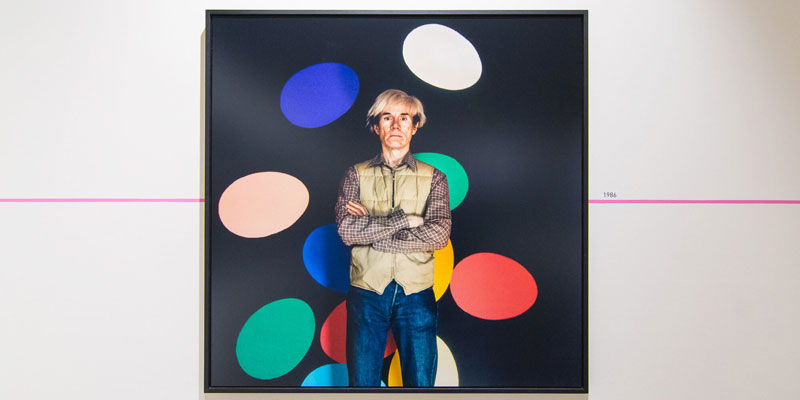 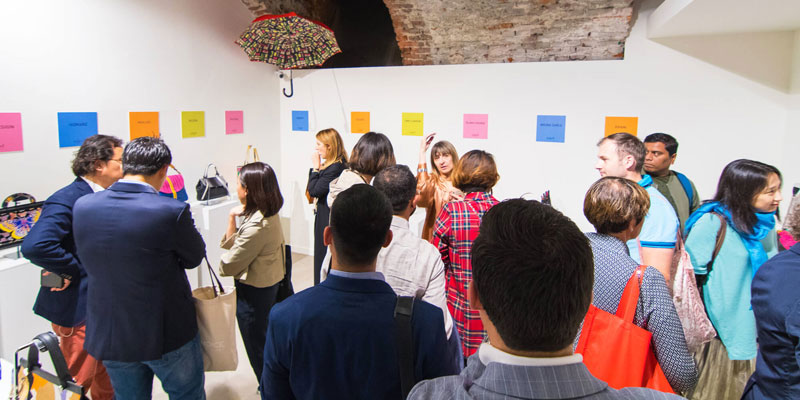 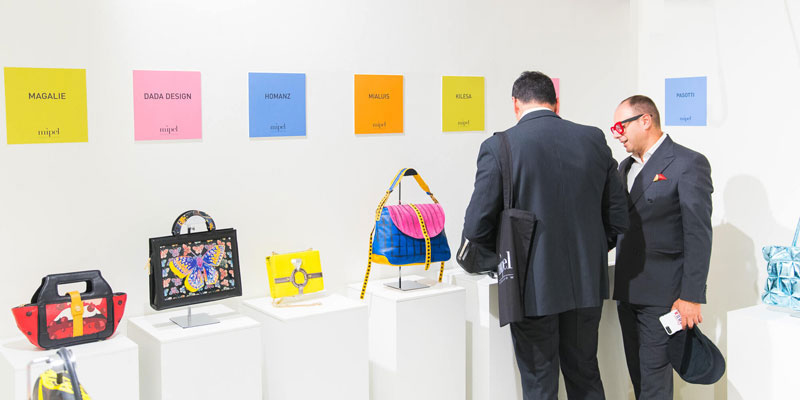 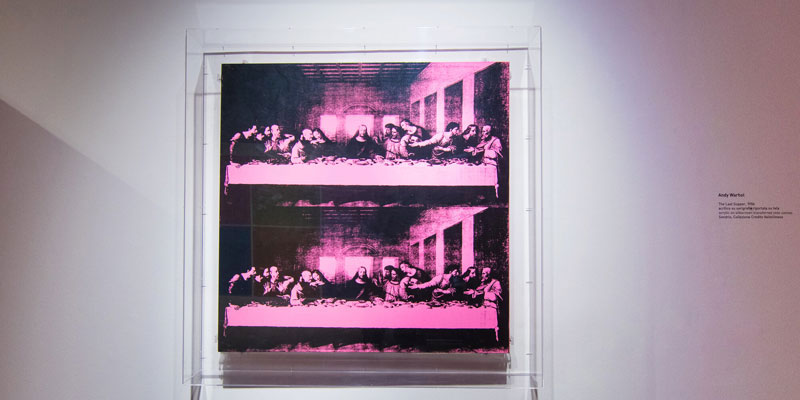 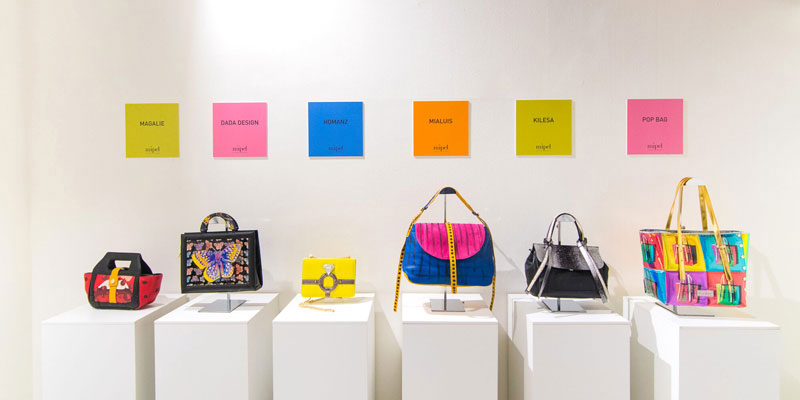 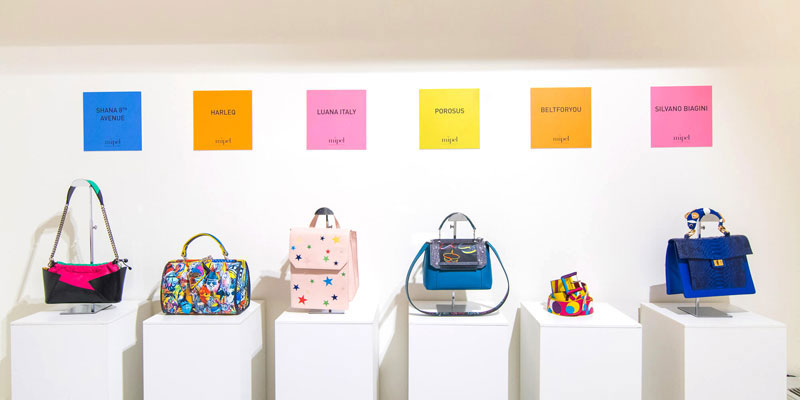 The positive results of the fair are in line with the latest economic data of the leather industry, presented by AIMPES (Italian Association of Leather Goods Manufacturers) promoter of MIPEL, which in the first six months of the year recorded a 14% increase in exports (source: ISTAT). The economic data also shows an initial important result: industrial production is growing and – compared to the same period last year – more valuable products were exported, those that traditionally better characterise Italian manufacturing.

With regards to the trend of the industry, in the first five months of 2017, exports surpassed the threshold of 3 billion euros, with a 15% increase compared to the same period last year (ISTAT data). The countries that buy most of Italian leather goods, with an upward trend compared to 2016, are South Korea, Switzerland, and China. In Europe, the United Kingdom is growing while Brazil is doing very well among the emerging countries.

With regards to the domestic market, purchases of quality items increased by 2% against a decline in the average value of the product (-2.3%). The accessories with the highest growth in the men’s compartment are backpacks, notebook bags, suitcases and trolleys.

Via Riva Villasanta, 3, 20145, Milano Italy
More info about this company →

Constant updates for professionals in the field of footwear and leathergoods

Register to access our free reports from our magazines

The Italian trade magazine for the leather goods industry. Stay updated on news, technology, materials and fairs happening in the sector.

*You will receive an email to confirm your subscription. By clicking Subscribe you are agreeing to receive promotions, offers and newsletters from EdizioniAF via email. We will never share your data with any third party and you can unsubscribe at any time. For information on how we process your personal information, please see our Privacy Policy.

This website uses cookies to improve your experience while you navigate through the website. Out of these, the cookies that are categorized as necessary are stored on your browser as they are essential for the working of basic functionalities of the website. We also use third-party cookies that help us analyze and understand how you use this website. These cookies will be stored in your browser only with your consent. You also have the option to opt-out of these cookies. But opting out of some of these cookies may affect your browsing experience.
Necessary Always Enabled
Necessary cookies are absolutely essential for the website to function properly. This category only includes cookies that ensures basic functionalities and security features of the website. These cookies do not store any personal information.
Non-necessary
Any cookies that may not be particularly necessary for the website to function and is used specifically to collect user personal data via analytics, ads, other embedded contents are termed as non-necessary cookies. It is mandatory to procure user consent prior to running these cookies on your website.
SAVE & ACCEPT

Get brand new content sent straight to your inbox. Choose your interests, hit Subscribe and never miss an article again.

*You will receive an email to confirm your subscription. By clicking Subscribe you are agreeing to receive promotions, offers and newsletters from EdizioniAF via email. We will never share your data with any third party and you can unsubscribe at any time. For information on how we process your personal information, please see our Privacy Policy.​

* You will receive an email to confirm your subscription.

By clicking subscribe you are agreeing to receive promotions, offers and newsletters from EdizioniAF via email. We will never share your data with any third party and you can unsubscribe at any time. For information on how we process your personal information, please see our Privacy Policy.